Please fill out the form below and we will contact you to answer any questions you may have regarding the purchase of this bike. Alternatively, you may call us direct at 949-254-6551.

— Only TWO from this Collection Are Remaining —

This was originally a collection of the four Indian Civilian models produced by Indian Motorcycle in 1942. As 1942 was a war year, a very limited number of civilian-model motorcycles were produced, with civilian automobile and motorcycle production ending officially on February 9, 1942.  All told, approximately 1,000 (total) 1942 Indian Civilian Models were produced over the four model lines.

All four of the motorcycles originally in the collection, Indian Four, Indian Chief, Indian Sport Scout, and Indian Jr Scout, are fully restored using factory-built examples with reproduction parts kept to a minimum. These truly are the last of the Pre-War Indians and the last genuine civilian models produced under Dupont ownership. These are not to be confused with “Essential Use” models which were devoid of chrome and painted in limited colors, or converted military models such as the 741. In fact, three of the models available here, the Four, Sport Scout and Jr. Scout were discontinued following this production run and are, therefore, the “Last of the Breed”. The earlier production models of this collection (Jr Scout and Indian 4) retained the “teardrop” tank badges while the later production models of this collection (Sport Scout and Chief) came with the “lollipop” style tank badges which were last used on 1946 Indian Chiefs.

This original collection of Four 1942 Indian Civilian models may have been the only such complete collection in the world.

While it would be a shame to break up this great collection, the owner is willing to do so due to the many requests. See Pricing Details Below.

The Four Cylinder with side car is now sold. The remaining bikes will be sold as a collection or individually asap.

All of these models have limited mileage since restoration.

All of these Indian motorcycles are painted incorrect Indian colors available in 1942. The paint was properly prepared and properly applied by professional painters. The Jr. Scout and Sport Scout were prepped and painted by reknown painter Jimmy Rader.

All sheet metal is either original or provided by Iron Horse Corral where needed, is well prepared and well fit.

Full chrome on the 1942 civilian models. The chrome is excellently prepared and in great shape.

All of these motorcycles were correctly restored by a knowledgable Indian motorcycle restorer and mechanic. They are complete, correctly built and in running condition. All have 3-speed transmissions. The engines for the Jr. Scout and Sport Scout were built by Doug Burnett and come with a limited warranty from Burnett. 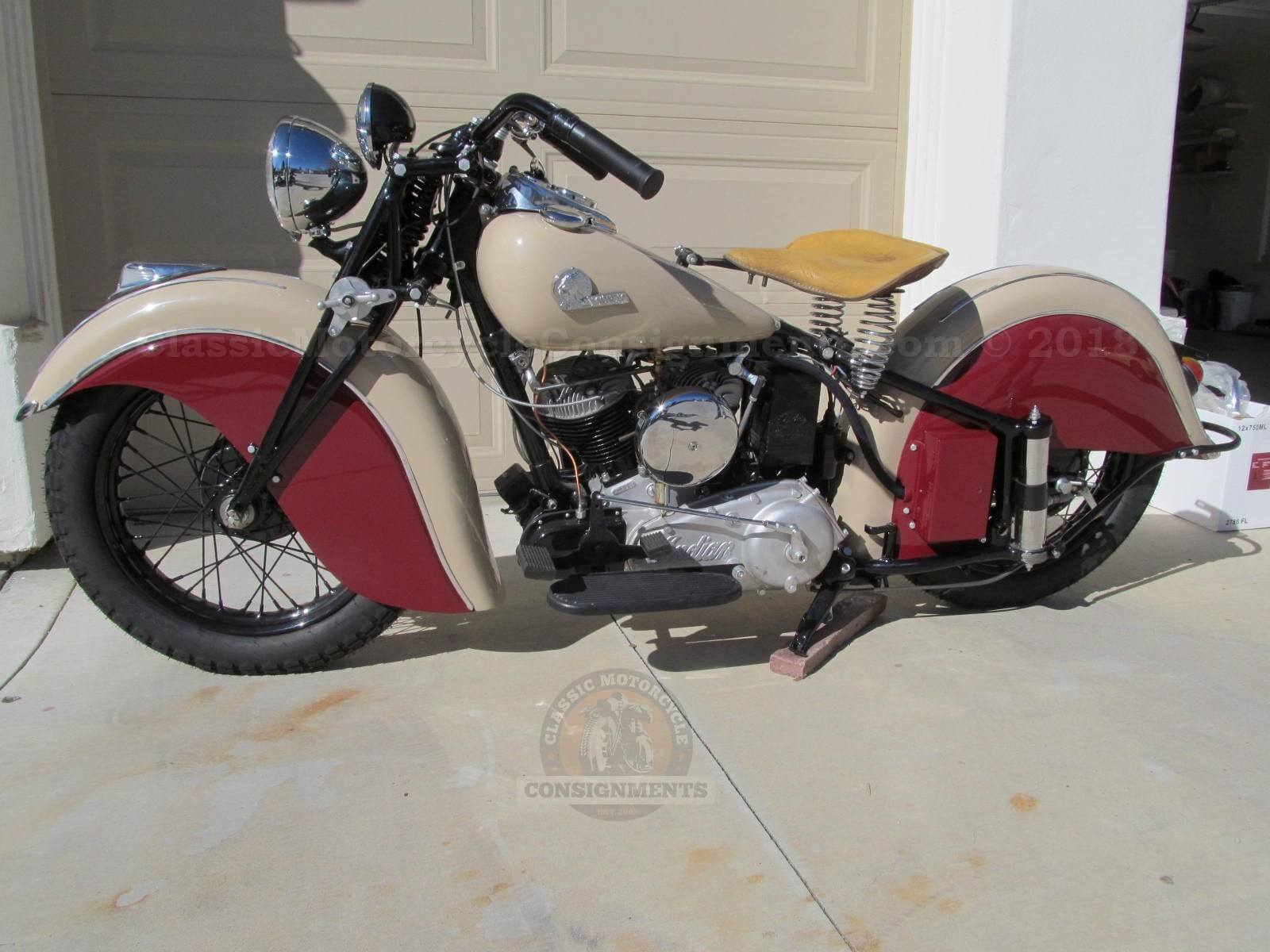